Student performance tours to Boston find little time to rest in this city of historic prominence.

Berklee College of Music, one of the premier music colleges and arts conservatory’s in the nation, makes its’ home in Boston. This explains the extraordinarily high percentage of local residents in the city that are musicians and/or music educators. According to the school’s website, “for 70 years, Berklee has been the leader in contemporary music education, fulfilling their mission to educate, train, and develop students to excel in music as a career”. The school presents more than 1,500 concerts and events at venues on campus and in the Boston area.

Faneuil Hall Is part of the Boston National Historical Park and always included in educational travel tours. Built in 1743, notable government leaders such as James Otis and Samuel Adams have given speeches here. It is one of the stops on the “Freedom Trail”. The Faneuil Hall Marketplace houses an indoor/outdoor mall and multiple food outlets. It is also a unique performance venue with the feel of a bygone era for student performance tours to Boston. 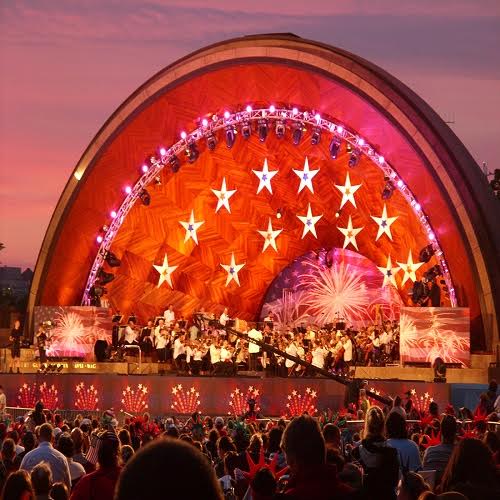 The House of Blues first club opened in Cambridge’s Harvard Square in 1992. Although todays’ House of Blues is not housed in its original location, it is still one of the most popular musical venues in Boston. Student performance tours to Boston will now find the club next to Fenway Park making it a perfect place to end the day with a bite to eat while listening to amazing blues artists.

Other Sightseeing in Boston

The Esplanade is where you will find parklands, lagoons, hiking and biking paths among islands on the Charles River. It is also the site of one of Boston’s most iconic outdoor music venues, the Hatch Memorial Shelter loved by choir performance tours. Arthur Fiedler began this city’s most popular summer concert series at this location in 1939 when he conducted the Boston Pops symphony here. Today Boston Pops concerts on 4th of July can draw over half a million guests.

Student performance tours to Boston include a visit to the Central Wharf to visit the New England Aquarium. Penguins, harbor and fur seals, anacondas and rays are extremely entertaining creatures that live in this four story bayside home. An IMAX theatre is also on site. 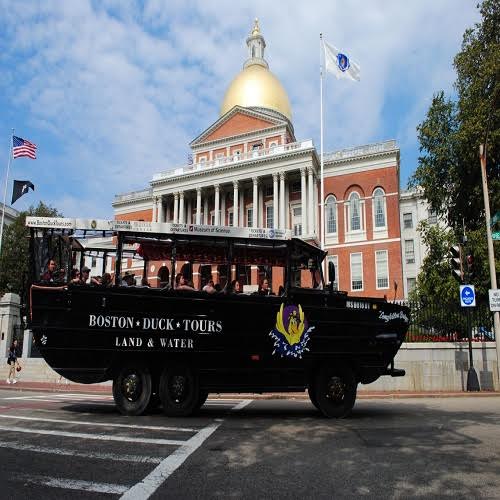 Duck tours are the rage on an education trip. The fun begins as you board your “DUCK”, a W.W.II style amphibious landing vehicle. You’ll be greeted by one of the legendary tour ConDUCKtors®, who’ll be narrating your sightseeing tour of the city. And just when you think you’ve seen it all, there’s more. It’s time for “Splashdown” as your captain splashes your DUCK right into the Charles River for a breathtaking view of the Boston and Cambridge skylines. Student performance tours to Boston come with some of the most iconic historical and performance destinations in the country, as well as a huge variety of sightseeing activities. Check out Educational Discovery Tours’ trip itinerary for Boston performance tours.