Want to know what’s new to see and experience for a New York and Washington DC school trip? Take a look at the list below which is just a taste (in some cases literally) of the latest and greatest improvements and additions to our group itineraries.

SPYSCAPE is an amazing multi-sensory experience that brings to life the fascinating world of hacking and spying. Students will discover their inner spy with an authentic profiling system, they’ll learn lie-detection skills, powers of observation and test their agility in special ops laser tunnels. They’ll learn about the spy catcher who brought down the FBI’s most damaging traitor and the teenager who hacked the CIA’s website. Students will also explore the SpyScape’s incredible collection of rare and fascinating spy devices.

The Observation Deck at Central Place

The Observation Deck at Central Place is a 12,000-square-foot public observation deck atop the Central Place office tower in Rosslyn. The 31-story office building rises to 390 feet, making it the tallest building inside the Beltway. The observation deck, featuring an outdoor cantilevered terrace and full food and beverage program, will offer panoramic views. 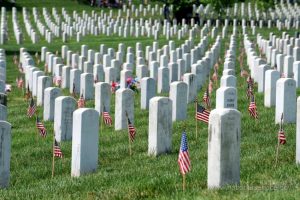 The iconic Hirshhorn Museum is going to get a brand new look with a Dolcezza Coffee & Gelato bar opening in the lobby’s east end. The museum has commissioned Japanese artist Hiroshi Sugimoto through his Tokyo-based architectural firm New Material Research Laboratory (NMRL) to redesign the lobby in order to transform the overall museum experience. The redesign is scheduled to debut in February of 2018.

Arlington, Virginia’s food scene is going to expand exponentially by September 2018. At that time, Ballston Common Mall will debut a brand new, 25,000-square-foot food hall, one of the largest in the D.C. area. Forest City Washington President Deborah Ratner Salzberg said, “Quarter Market will bring together some of the District’s most original, best-in-class food operators.” Experience these great new food options in your Washington DC school trips! 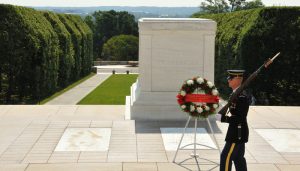 Currently, the annual visitor capacity at the Glenstone Museum in Potomac, Maryland, is 25,000. By the end of a planned expansion, targeted to open late 2018, the annual visitor capacity will quadruple to 100,000. Bethesda Magazine reports that the project plans on building a new 204,000-square-foot museum building will include two cafes, a bookstore, 50,000 square feet of exhibit space, and an arrival hall. Two outdoor sculptures have also been installed.

The John F. Kennedy Center for the Performing Arts Expansion

In 2018, the world-renowned DC venue, the John F. Kennedy Center for the Performing Arts will add 2,500 square feet of new performance space, 7,500 square feet of pre-function and event space, new art installations and digital advancements. Outside, you can utilize a new video wall, terrace for up to 1,600 people and a scenic walkway to the Potomac River and nearby monuments and memorials.

Museum of the Bible

The recently opened 430,000 square foot Museum of the Bible collections include artifacts and objects from a range of cultures and time periods. Some of the other things you can expect to find at the museum: Bibles belonging to Elvis Presley, Johnny Cash and former U.S. presidents; Martin Luther’s early tracts and Bibles; First editions of the King James Bible; The original manuscript of the “Battle Hymn of the Republic. High tech folks will appreciate the 20 video theatres and several interactive exhibits. It also includes such facilities as a ballroom, a garden, restaurants, a gift shop and a 472-seat performing arts hall.

As one of the top providers of Washington DC school trips and New York educational tours, we are so excited to bring these new attractions to life for your students! Contact us to learn more about our educational programs or to book a trip.