Whether your band wants to compete in an international competition, your dance team wants to walk the streets of a parade, or your school orchestra or choir want to compete in a festival, it is important to look for a tailored experience. Creating both music and memories on a trip they’ll never forget is as easy as booking a performance tour with us.

Here are some of our favorite student performance tour destinations:

The birthplace of jazz, when you bring your students to perform in New Orleans, they can walk the same streets as Louis Armstrong and visit concert halls that have been around since the 18th century. Band or choir clinics at universities and local school performances are just the beginning of the opportunities that this city promotes.

Students can perform in famous venues such as the Jackson Square, St. Louis Cathedral, Mardi Gras World, the Natchez Riverboat dock and the French Market.

No trip to New Orleans would be complete without a visit to Mardi Gras World, where most of the annual Mardi Gras floats are stored and built. Other iconic activities include going on famous cemetery tours, enjoying traditional Cajun food, going on a riverboat cruise and dinner, and reliving history at the National World War II Museum.

As Oregon’s largest city, Portland is known for one of the largest performance opportunities, the Rose Festival Parade! The event draws in more than a million visitors each year, including performing high school bands, choirs and dance groups that can participate in one of the two parades.

Besides being part of or performing in the Rose Parade festivities, students can also perform in a city park or senior center, or participate in a music clinic at a local college or university.

After the festival is over, students can go visit some of the best sites and businesses in Portland, including the International Rose Test Garden, the Oregon Museum of Science and Industry, Powell’s Bookstore and a jet boat excursion or dinner cruise. 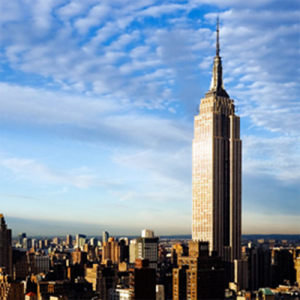 New York City is a great melting pot of cultures, traditions, races, arts, musical styles and designs. One of the most iconic destinations for student performance tours, there are many locations across the city where students can perform. Locations like the Lincoln Center complex, Cathedral of St. John, Riverside Church, Intrepid Carrier are available to book performances, as well as attending music clinics and various festivals and parades.

Tour through and visit Carnegie Hall, Times Square, the Rockefeller Center, the Radio City Music Hall, Madison Square Garden, the Statue of Liberty and Central Park and let your students have a unique opportunity to perform and explore!

A cultural mosaic, San Francisco is a hub for exciting attractions, theatres, museums, galleries and musical venues. Besides performing at some of the city’s best locations, students can explore beautiful San Francisco, and visit popular attractions such as Fishermans Wharf, the Golden Gate Bridge, Chinatown, Alcatraz, Union Square and more!

When your students perform in a festival or event in San Francisco, they have the opportunity to perform at some of the most popular and iconic locations in the city. Some of these locations include the Grace Cathedral, SF Jazz Center, Union Square and Pier 39. 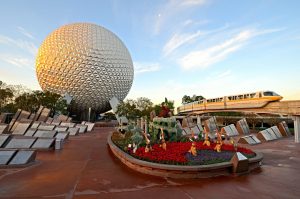 When your student group performs in Disneyland or Disneyworld, they are turning their dreams into a powerful reality. From California to Florida, your students can take part in an iconic and memorable Disney performance, festival, musical or workshop.

Every week, Walt Disney World offers an assortment of school performance options, and the Disney Performing Arts programs in Disneyland is the ultimate band trip that sets the standard for public performance opportunities.

Too many students advance their musical careers only in studios and practice rooms. With exposure to real-life performances, parades, festivals and critiques, your students will develop the discipline and skill necessary to progress in their careers.

Educational Discovery Tours makes organizing your student performance trips a breeze. Providing your group with an unparalleled performing arts touring experience, learn more about booking a trip with us!