Learn About Different Cultures On An Educational Tour

One of the best things about visiting a new place is learning about their culture. Getting to really know the diversity of cultures outside your own can be eye opening. By visiting new parts of the world you get a first hand experience of the day to day life and customs of a lifestyle that is different from your own. Exploring new cultures can teach you to be more social, open minded, and understanding. Encountering different cultures will show you how to adapt to your surroundings and to try something new. Taking an educational tour allows you to experience what you’re learning in a real life environment.

Here’s a list of 5 places you can visit to experience unique culture that will follow you for a lifetime. 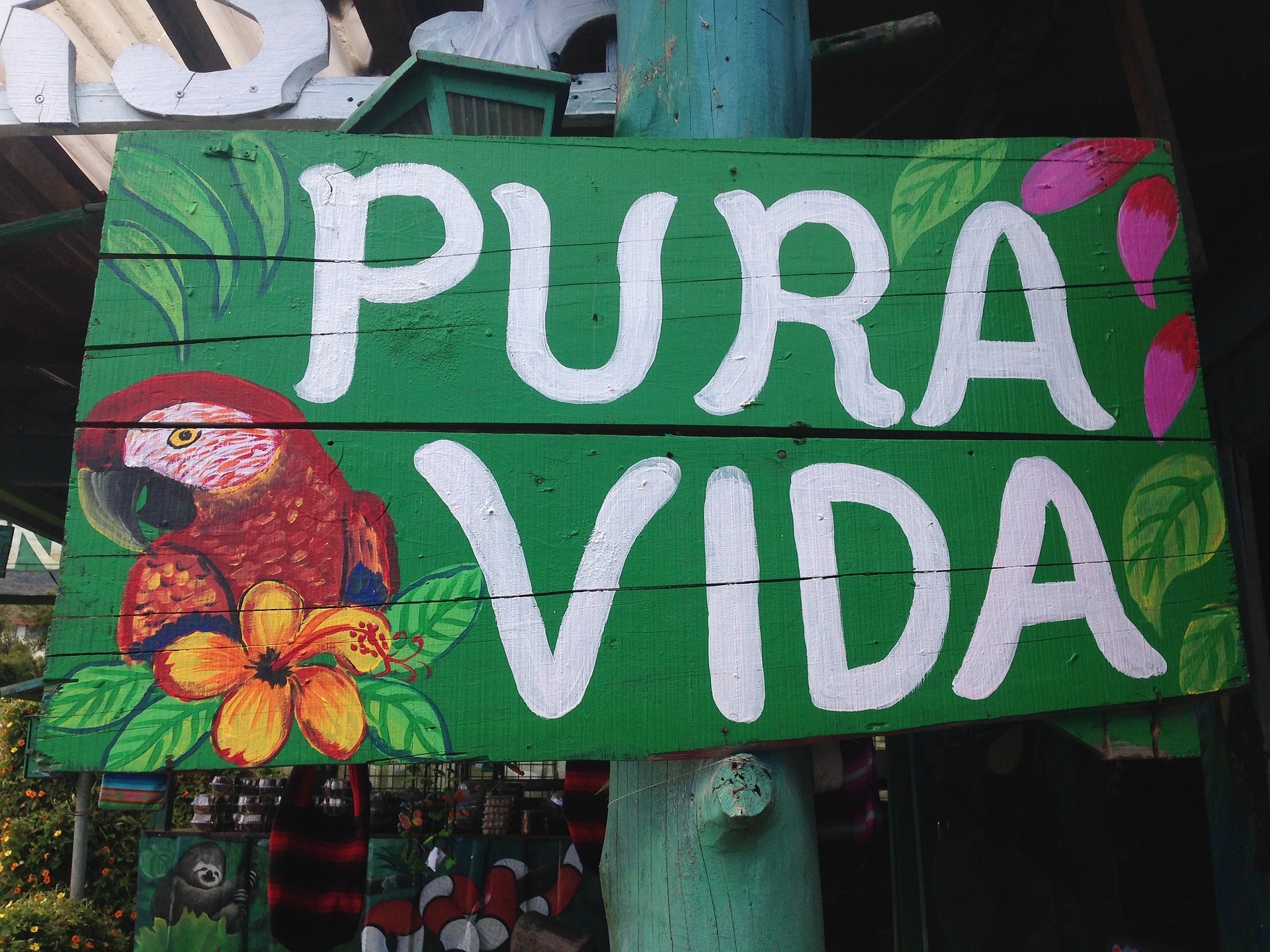 Costa Ricans live by the phrase “Pura Vida” which translates to “pure life.” To them, it symbolizes the idea of living simply, enjoying life, and being happy. In Costa Rica, locals live a relaxed lifestyle. One that allows them to focus on appreciating life.

The local Costa Ricans are friendly, peaceful, and proud of their country, which is evident when you see how much value they place on their ecosystem as well as their citizens. Costa Rica is home to a wide range of wildlife, many national parks, and some of the most beautiful beaches you’ll ever come across. Truly, the eco-friendly community takes sustainability very seriously and even claimed 25% of Costa Rica be protected by conservation programs that preserve the biodiversity of the country.

In addition to being eco-conscious, education is highly valued in Costa Rica and it is freely available to all citizens. There are over 4,000 schools in the country! Universal health care is also provided to Costa Ricans, making health care available to everyone.

What To Expect On A Costa Rican Educational Tour

On your educational tour of Costa Rica, you can expect to see many sites from the coffee plantation to the Cloud Forest. You’ll go to the National Theater and visit museums. And see a variety of performances at different locations. You’ll be able to meet new species of animals and birds, and take a trip to the top of tree canopies. And of course, enjoying local cuisine is a must. New Orleans got a lot of their unique culture from creoles, people of French, Spanish and African descent, which grew into what we know of New Orleans today. Creoles brought with them the Creole cottages and shotgun houses of Marigny, popularized street dice games, and introduced their own cuisine. The French culture influenced the city of New Orleans early on, from language to religion. While they no longer speak French, they do still have an abundance of Catholic schools and started the tradition of Mardi Gras, which is still celebrated in New Orleans.

One of the most notable facets of New Orleans is their passion for jazz music. German, Irish, and Italian immigrants all contributed to the early development of jazz and the African-American culture, having heavy roots in blues, really kick-started the jazz craze. Along with musical influence, they all had an impact of the mix of cultures to bring a liberal appreciation for food, wine, and dancing in New Orleans.

The unique society of New Orleans can be attributed to the many different cultures that make up the identity of the city. The lifestyle you see among the famous streets of New Orleans, such as Frenchmen Street, would not exist had those groups not migrated to Louisiana.

What to Expect On A New Orleans Educational Tour

While visiting New Orleans on an educational tour, you will be guided on a tour of the city where you’ll see famous streets and buildings and learn about their history. You’ll also visit the US Mint Jazz Museum and the Satchmo Trumpet. Along with seeing the history of this jazz town, you’ll get to tour swamps and spot alligators. You’ll also get to watch many performances and of course, try some of the amazing food people rave about in New Orleans. 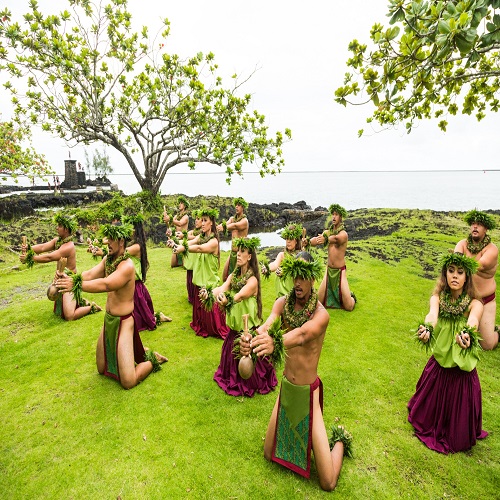 Hawaii has adopted a Polynesian culture based around legends about gods and goddesses, and superstitions. One of the most popular legends around the islands is about fire goddess, Pele. Pele is said to have gone to the island of Kauai after a feud with her sister escalates. While there, she begins forming powerful volcanoes on each of the islands and eventually ends up making the Big Island of Hawaii her permanent home. Pele, although just a legend, is a highly respected goddess said to have a great influence on the natives, strengthening their sense of pride for the island they call home.

Hula dancing also has a large influence on native Hawaiians. Once, hula dancing was the main form of communication for the islanders and was a way for them to feel connected to the native land. Now, it’s a symbol of preservation for the history and culture of the islands.

Many Hawaiians live by an “aloha spirit,” which isn’t just their way of saying hello. Aloha has many different meanings such as “hello” and “goodbye,” but it can also mean love, peace, and compassion. Aloha is not only a phrase used by locals, but a culture for locals to live their lives by.

What To Expect On A Hawaiian Educational Tour

On a Hawaiian educational tour, you’ll have several opportunities to visit the beautiful beaches where you can opt for a surfing lesson, snorkel adventure, hike, or just lounging on the sand. You’ll also receive a traditional lei upon arrival and get to see a customary luau with cuisine and dances of the island. Performances at various locations will also be available. 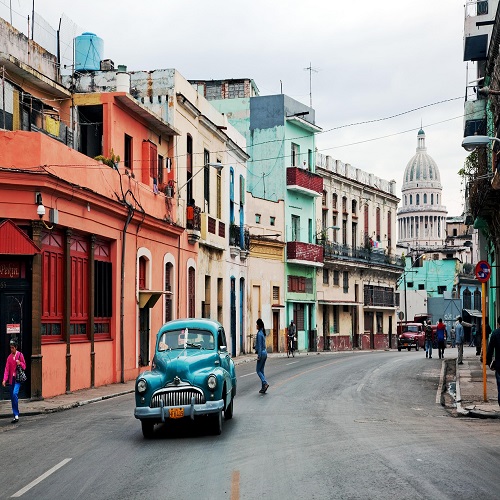 Cuba’s unique culture was impacted by Latin America, Europe, Africa, and even America. Having a history such as the one under Cuba’s belt is very influential to their culture as well. Once Cuba was no longer a Spanish colony, it gained influence from the Soviet Union and only recently have started progressing on their own.

Following the Cuban Revolution, women gained some equality. Education and financial independence was an important accomplishment for the women of Cuba. Now being able to obtain thriving careers in agriculture, service, and industry, women face less oppression, and gained more respect.

Until 1970, Cubans were not allowed to practice any religion. Since then, most of Cuba has claimed to be either Christian or Catholic and they even have a good amount of people who practice Santeria, although they mostly practice in secret. Music and dance are also a Cuban staple. They get their musical influences from Spanish and African music including mambo, cha-cha-cha, and rumba. The dance, salsa, evolved from a blend of these music styles and is very popular in the nation.

What To Expect On A Cuban Educational Tour

During your Cuban educational tour, you’ll take a tour of the city and some of the popular museums. Meeting with local artists of all mediums is also on the itinerary. You’ll get to go to a dance workshop, visit a publishing house, and see local art. Visiting the Bay of Pigs is a must and you’ll get to learn about Cuba’s long history. And of course, you’ll see some performances from the locals. 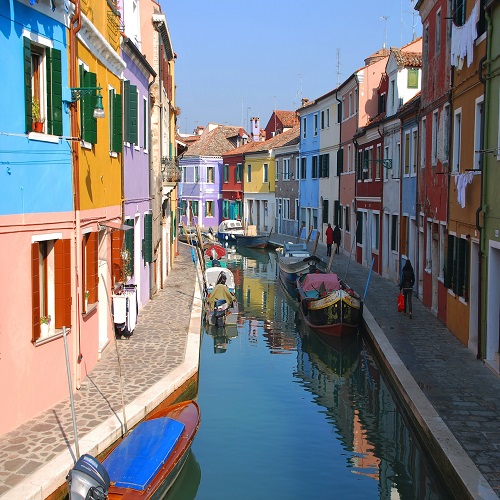 Ahh, Italy, the country of love. You’ll fall in love with the giant castles, amazing food, and serene views found in this magnificent country. Considered the birthplace of Western civilization, Italy has become a cultural supernova. In Italy, food and family are life. Their traditional cuisine, consisting of mostly pasta dishes paired with great wines and cheeses, has influenced food culture throughout the world. It’s no surprise that big family dinners where everyone gets together to bond over food and good company are quite common.

The religious people of Italy are mostly Catholic. Having the hub of Roman Catholicism, in the city of Rome helps bring this religious group together. Vatican City, the home of the Pope, is an iconic symbol of the Catholic religion and many people, from all over the world, flock to visit here.

The architecture found around the country of Italy also adds to the unique culture found there. Buildings like the Leaning Tower of Pisa, and the Colosseum are widely known and provide an interesting history to the country.

What To Expect On An Italian Educational Tour

While visiting Italy on your educational tour, you can expect to visit numerous famous buildings, cities, and structures. You’ll travel through Verona, home of Romeo and Juliet, Venice, Florence and Sienna. While you progress through the different cities, you’ll get to see castles and arenas, the Statue of David, Rialto Bridge, and St. Marco Square. A trip to the Vatican can also be expected as well as seeing several performances. And don’t forget the amazing food!

Let Educational Discovery Tours Help You Get There

Educational Discovery Tours makes organizing your student performance trips easy and simple. Providing your group with a unique performing arts touring experience, learn more about booking a trip with us! Experiencing culture in a new place firsthand is an amazing opportunity, take advantage of it while you can!