Best Things To Do In Philadelphia, “The Cradle of Liberty”

In addition to being the home of the Super Bowl Champion Philadelphia Eagles, there is no greater city in the United States to visit than Philadelphia, to get as close and upfront as possible to the birth of our nation. America’s first “UNESCO World Heritage Site” does not disappoint when it comes to United States history hands-on learning opportunities. 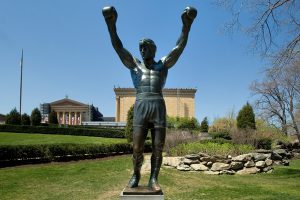 Along the famous “Historic Mile”, that encompasses just one square mile of this historical city, your students will experience…

Independence Hall, a UNESCO World Heritage Site, where our forefathers met to craft the Declaration of Independence and the U.S. Constitution.

The Liberty Bell, a symbol of freedom that predates our nation’s birth. Legend holds it sustained its trademark crack when it was rung to announce the signing of the Declaration of Independence. 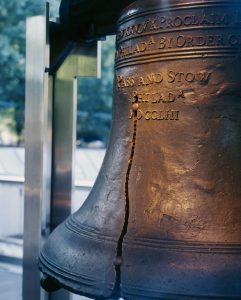 The President’s House, where both George Washington and John Adams spent most of their presidencies before the White House was built in Washington, D.C.

National Museum of American Jewish History, the only major National Museum dedicated to telling the story of the Jewish people in America from 1654 to the present.

African American Museum in Philadelphia, where visitors can explore the history and stories of African-American people and those of the African Diaspora.

The National Constitution Center, an interactive museum dedicated to the document on which our nation was founded.

Carpenter’s Hall, the meeting place of the First Continental Congress in 1774.

Philadelphia, the City of Brotherly Love, is so much more than just historic sites and buildings. On your East Coast educational tour, you’ll stop and visit the Reading Terminal Market, one of America’s largest and oldest public markets, housed since 1893 in a National Historic Landmark building.  The Market offers an incredible selection of locally grown & exotic produce, locally sourced meats and poultry, plus the finest seafood, cheeses, baked goods, and confections. You’ll find everything you need to create a memorable meal, from cookbooks, to table linens, to kitchenware, to fresh cut flowers, and more. Plus the widest variety of restaurants under one roof.

Eastern State Penitentiary was once the most famous and expensive prison in the world, but stands today in ruin, a haunting world of crumbling cellblocks and empty guard towers. Its vaulted, sky-lit cells once held many of America’s most notorious criminals, including “Slick Willie” Sutton and “Scarface” Al Capone. Philadelphia student tours include little known facts and interesting stories about one of America’s most infamous prisons. If your group is traveling in the fall, the Eastern State Penitentiary is the host of “Terror Behind The Walls” a massive haunted house inside the prison. The Travel Channel calls this experience “one of the scariest Halloween attractions”.

A little adventure is always exciting for our students. With a visit to One Liberty Observation Deck, the sky isn’t the limit, it’s the main event. They’ll discover all the attractions of Philadelphia as they climb to the top to overlook the Philadelphia skyline. So don’t forget a camera. When it comes to places to take pictures in Philadelphia, our viewtiful sights are second to none. Looking for things to do in Philly at night? The observation deck is open until 9 pm where your group can see the city light up like never before. 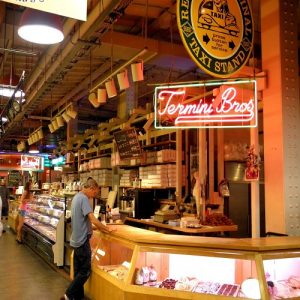 A Philadelphia educational tour wouldn’t be complete without a visit to one of America’s first sweethearts, Betsy Ross’s home. The birthplace of the American flag is alive with the sights and sounds of the 18th century. Tour the house and then stay a while longer to learn more about Betsy and her exciting life and times through interactive, historical programming.

The spectacular Philadelphia Chinese Lantern Festival in Franklin Square returns nightly in 2018 from May 1- June 30th featuring twenty-eight larger-than-life illuminated lanterns, new lighting technology and displays never before seen in North America. The 200-foot giant fan favorite Chinese Dragon and beloved pandas return, but all other creations will be new for the 2018 Festival. Other highlights include authentic cultural performances from plate spinning to the art of face-changing, impressive feats of Chinese acrobatics, intricate handicrafts by Chinese folk artists, Asian cuisine and American favorites.

Join Us On An East Coast Educational Tours In Philadelphia

Because travel between historic destinations on the east coast is so easy, East Coast educational tours give students the opportunity to learn about the birth of our nation from many perspectives. Depending on where students are from and to take advantage of this close proximity of historic sites, most teachers will combine a tour of Philadelphia with Washington DC, Gettysburg and New York City.

Interested in seeing Philadelphia as a part of your student’s East Coast educational tour, explore below and learn more about the hands on travel itineraries we can provide for you to enhance your student’s United States history knowledge.